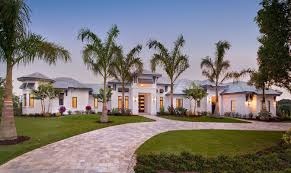 SANTA CLARA, Calif. – Feb. 13, 2019 – Owning a home might make you more attractive to that special someone you've had your eye on, especially if they are a millennial or a woman.

According to a realtor.com study, singles looking to boost their chances of dating a homeowner may want to considering living in the South or in the Midwest because they are home to the biggest shares of single female and male homeowners, respectively, according to the analysis.

"Attractiveness is in the eye of the beholder, and this survey data suggests that many beholders find homeownership attractive, perhaps using it as a signal for financial savviness and success," says Danielle Hale, realtor.com's chief economist. "Single millennials seem to find homeownership in a potential partner especially attractive."

Men, however, were slightly more likely to say that it made their potential partner very attractive.

The survey also asked singles how important it was for a potential partner to be a homeowner. Similar to before, women were more likely than men to agree it was either important or very important that their partner was a homeowner.

But the gap between genders was wider than when asking about attractiveness of homeowners, coming in at 29 and 19 percent for women and men, respectively.

As a whole, 24 percent of single respondents felt it was important for their partner to be a homeowner.

Single male homeownership highest in Midwest
For those looking to find a potential home-owning male partner, the Midwest is going to be the best bet. The market with the greatest share of single male homeowners is Detroit, where they make up 23.4 percent of all males. It was followed by St. Louis with 21.3 percent, Minneapolis with 21.3 percent, Cleveland with 21.2 percent, and Pittsburgh with 19.9 percent.

Single female homeownership strong in South and Midwest
Single women are one of the fastest growing demographics in the housing market, according to a recent realtor.com analysis. This trend can be seen strongest in Detroit, where single women homeowners make up 23.1 percent of all women, followed by 21.4 percent in Baltimore, 21.2 percent in Charlotte, N.C., 20.7 percent in Philadelphia and 20.7 percent in Minneapolis.